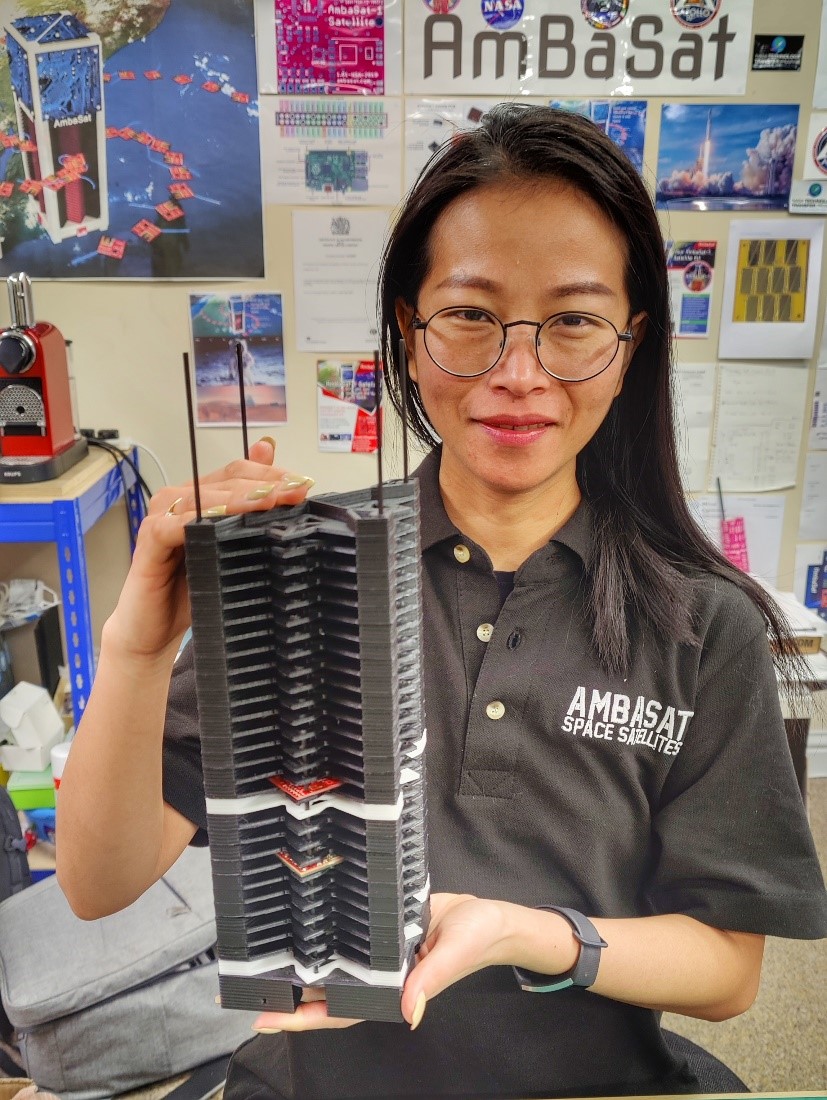 The “AmbaSat Deployer” design is an adaptation of the Kicksat specification used by Zac Manchester and his team and consists of a ‘3U’ CubeSat measuring approximately 10 cm x 10 cm x 32 cm, with a total weight 2.8 kg.

The first ‘1U’ (10cm x 10cm x 10cm) section of the deployer contains the electronics, solarpanels and batteries to power the avionics. This ‘1U’ section also controls the mechanical deployment of the AmbaSat-1s and serves as the transceiver for communications with the ground station. During the deployment phase, telemetry data is transmitted to the groundstation and the AmbaSat Deployer also ‘listens’ for a number of commands such as attitude control and deployment.

The AmbaSat-1 Deployer is a robust design with an outershell constructed of 7075 aluminium material. AmbaSat-1s are stacked in ‘trays’ (see images below) which each hold four satellites. Each AmbaSat-1 is housed in an individual ‘tray’ slot and retained by a carbon fibre rod which runs the length of the 3U, passing through a hole in the lower-left corner of the satellite PCB. The sprite antennas are made from nitinol and are designed to act as springs, pushing the AmbaSat-1s out of their slots at the time of deployment.

Each of the sprites is located within the deployer with a carbon fibre rod. These four rods are attached to a single plate at the end of the AmbaSat-1 Deployer. The rods are actuated by a compressed spring and held in place by a locking mechanism. Deployment is triggered by a nichrome burn wire, which unlocks the mechanism, allowing the spring to pull each of the four rods out. The Sprites’ antennas then push them from the deployer housing, with an approximate delta-vee (ΔV) of 8 cm/s.

“New Constellations in the Sky”